About 20-years ago the city's zoning map was lost while relocating city hall to its current location. As a result, a new map was made. That map had inaccuracies, most of which have already been fixed, but some still need addressed.
The image below is of a portion of the city's zoning map. The circled areas represent areas in need of review.

The area circled in red, near the bottom left of the image, should all be zoned R-2 (Two-Family Residential).

The Simecka Subdivision (circled in green) should be zoned R-1 (Single-Family Residential).

​The areas circled in purple and blue will be addressed later. 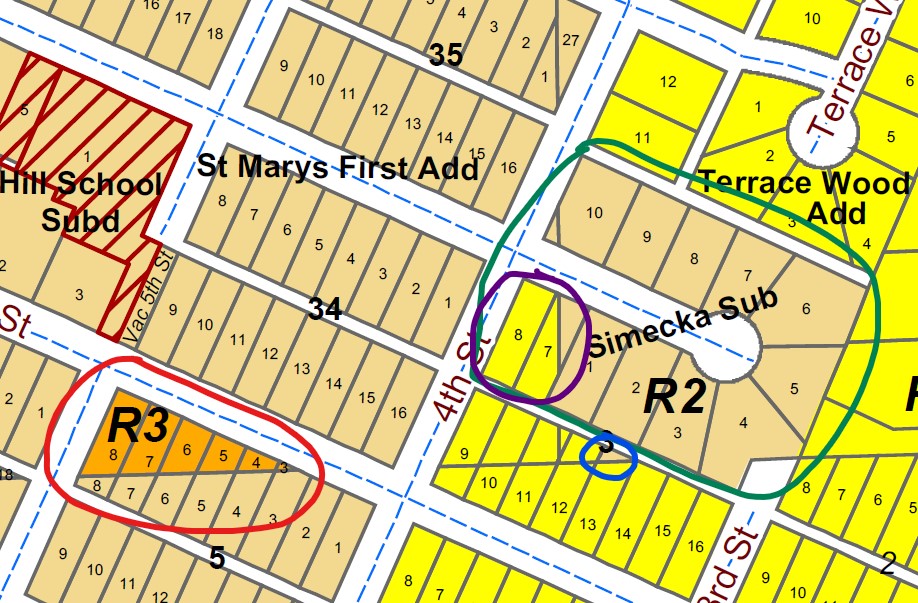 The image below illustrates where section lines intersect. 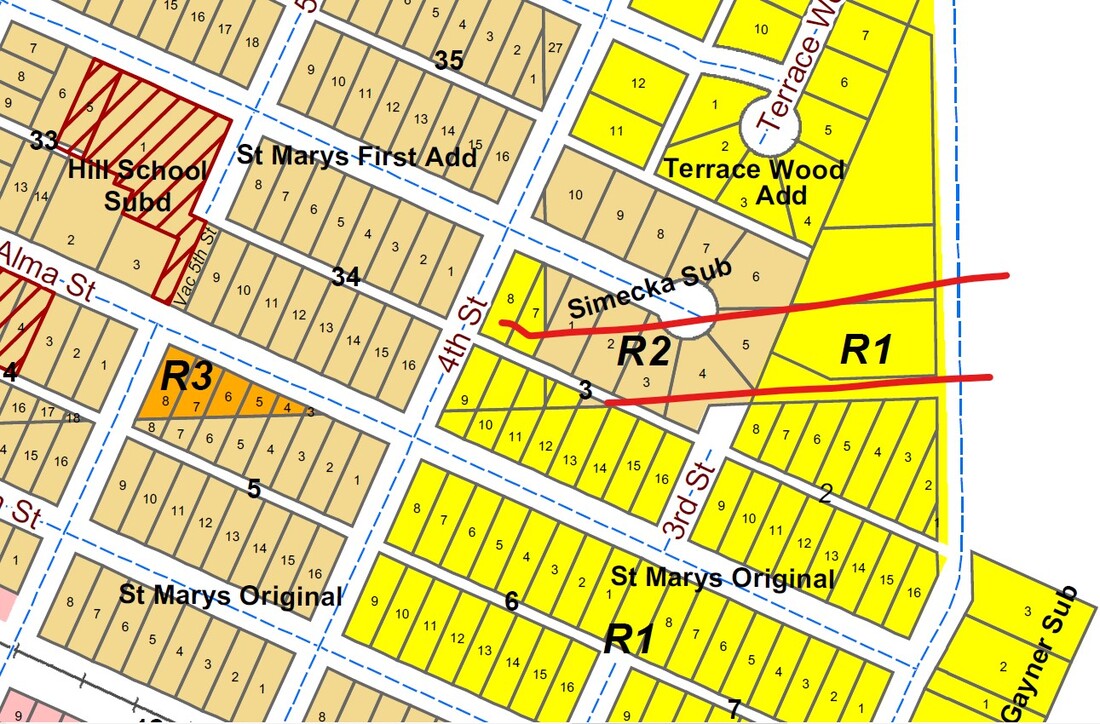